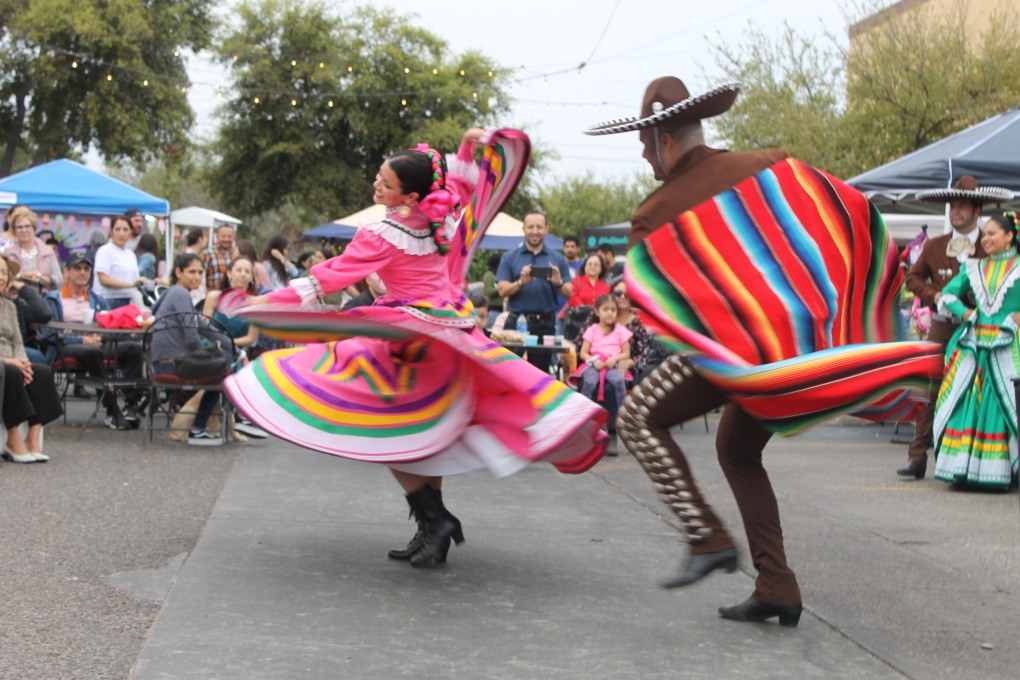 Imagine this….you are the President of Mexico, Álvaro Obregón (1920-1923), your country survived a bloody revolution. In fact, you still have to quell a few up-risings here and there. Your countrymen and women identify more with their region than with the nation. You realize that your people need to unite culturally and politically. They must identify with the nation of Mexico. What do you do?

A Bit of History

To solve this dilemma, Obregón appointed José Vasconcelos to serve as the Secretary of Public Education (1920-1924). Not only was Vasconcelos instrumental in helping combat illiteracy, he also began the Cultural Nationalist Movement. What better way to unite the country than through music and dance? Vasconcelos wanted to be sure that every child enrolled in public school was taught folkloric dances. So, he started programs to train Physical Education teachers to teach Mexican folklórico dances. Vasconcelos even developed the Cultural Missions whereby a team of teachers including a Physical Education teacher would travel to a rural area in Mexico to teach. They were also instructed to document and collect the dances of the rural people (Mendoza-Garcia 324-329). What happened as a result of this emphasis?

The result was an officially sanctioned vision of Mexico that was supported by folklórico music and dances designated to represent the nation. Ricardo Pérez Montfort in Avatares del Nacionalismo Cultural: Cinco Ensayos (2000) argues that the national culture defined “Mexicanness” as coming from the pueblo. In the 1920s, the pueblo was thought of as being rural, provincial, poor, marginalized, yet experienced by the majority. Education was the key to consolidate and modernize the pueblo, and thus the nation itself. In addition, Pérez Montfort suggests that the use of the image of the pueblo became synonymous with the stereotyped image of “Mexicanness” which was invoked by the political leaders of Mexico to legitimize public policy (Avatares 35-45; Estampas 113). Rural Mexico was invoked in the music of the Mariachi band, as well as in the popular songs such as huapangos, corridos, and sones that are accompanied by the indigenous and folkloric dances (Sáenz 20-23). Folklórico flourished under this romanticized, idealized vision of Mexico.

Picking the Dances to Represent

Pablo Parga in Cuerpo Vestido de un Nación. Danza Folklorica y Nacionalismo Mexicano (1921-1939) (2004) argues the elites specifically chose which dances were to represent the regions of Mexico. In fact, they designated the Jarochos to represent Veracruz, the huapangos to represent the huasteca region, as well as, the charro and china poblana to represent the nation. Thus, many of our beloved folklórico dances that we perform to were actually hand-picked to represent the nation. In fact, Alura Flores de Angeles “Godmother of Mexican Dance” (1905-2000) indicated to folklorist Ron Houston that in 1924 the Secretaría de Educación Pública (SEP) established a committee to standardize the Jarabe Tapatío. The committee chose the steps, music, and sequence of motifs of the Jarabe Tapatío which would be taught to school children. Furthermore, in her accounts of the history of the Jarabe Tapatío, Flores de Angeles states that in 1924 the Mexican government commissioned the SEP to synthesize the much shorter two and a half minute Jarabe Tapatío from the six minute version of the Jarabe Largo Ranchero. She indicated that she was a part of this committee (Mendoza-Garcia 323). Thus, much of what we know as folklórico today was born out of these ideas of what dances should represent the nation.

Parga notes that an unofficial version of Mexican music and dance remained within the pueblo. This unofficial version stands in opposition to the official sanctified ideas promoted by the state. He suggests that when the nation began to nationalize the folklórico dances of Mexico, a “it has to be this way” kind of thinking developed. Parga remarks that believing that the dances ” has to be this way” developed from the elites who picked the dances to represent Mexico. He argues it is very centralistic and patriarchal way of thought.

I am very intrigued by the ways in which folklórico dance was nationalized by the state. I ask the following questions. What dances were chosen and why? Who gets left out of this official narrative? What gets erased?  What is the political reason behind this? Montfort argues that it is time to re-envision what dances belong to the nation (Breves Comentarios 192). What do you think?

For additional readings please purchase the book Dancing Throughout Mexican History (1325-1910) written by Sanjuanita Martínez-Hunter and edited by myself.

4 thoughts on “Nationalization of Folklórico Dance”